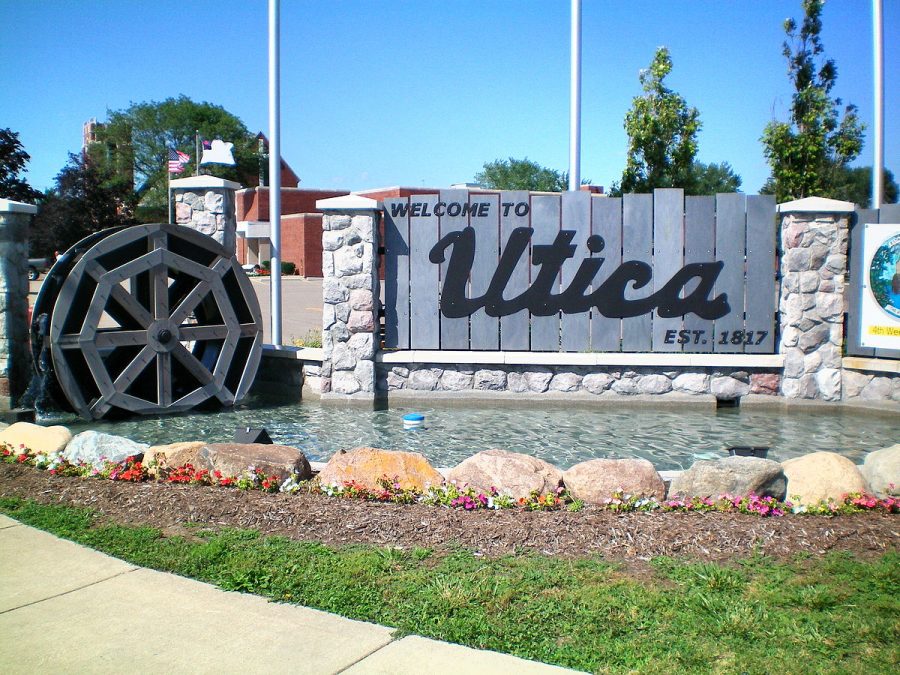 The city council of Utica has adopted the "Marijuana Business Ordinance."

With the growing popularity of marijuana retail after its recent legalization, many cities across Michigan have updated their position on dispensaries, and the City of Utica is one of the most recent to make a change. The “Marihuana Business Ordinance” was unanimously adopted at the city’s Jan. 14 city council meeting, allowing for two retail licences for marijuana to be sold within Utica’s city limits, as well as one grow facility.

“A group representing a prospective marijuana business owner went door-to-door and collected signatures via a petition.  The petition was then presented to the City.  Council was faced with adopting the ordinance, or rejecting it and thus having it put on the ballot by law,” Mayor Thom Dionne said. “The ordinance was very limited and gave the city very little ability to regulate the candidates for licensing.”

In response, the council passed its own ordinance, which will allow for two licenses for retail marijuana to open in the area south of Hall Road (M-59) and west of Van Dyke Avenue.

“That area of the City has been under appreciated, and has lacked commercial business interest for many years – evident by the number of vacant buildings.  The concept was, if marijuana retails stores were going to be introduced into the City, it would be required that those proposed stores occupy areas that need the most revitalization,” Dionne said. “We are likely to see, once vacant buildings, or under developed properties, become a tax producing entity with new curb appeal.  We’re hoping this will spur other new development, as well.”

Additionally, the ordinance allows for one license for a marijuana grow operation in an area that is zoned as industrial.

“[Industrial] areas have under utilized properties that have fallen into disrepair, and severely lack curb appeal,” Dionne said. “Our research shows that marijuana grow facilities are typically non-descript buildings of a warehouse design that typically draw little attention to themselves.”

According to Dionne, these businesses are limited to modeling their storefronts to appear as a casual, clean office building. They are also limited to signage that would not upset residents.

“I have discussed the Marihuana Business Ordinance with many residents. Some support and others oppose allowing these businesses in our city,” Councilman Gus Calendrino said. “In previous elections, Utica voted in favor of the Medical Marihuana Proposal 65% to 35% and the Recreational Marihuana Proposal 59% to 41%. It was also necessary for the city to pass our own ordinance to retain control of where we allow marihuana facilities and how we regulate them. We were faced with outside developers threatening to place their own ordinances on the ballot in an upcoming election. I believe it’s my duty to respect the wishes of the voters. However, I must also to be sensitive to the concerns of residents who oppose marihuana.”

When the issue came to Utica’s city council, there were divisions among councilmen regarding what the ordinance would state.

“Council was not enthusiastic about passing this ordinance and, in fact, was prompted to act after learning a business was interested in setting up shop in Utica and had taken the initiative to draft a ballot proposal to bring directly to residents,” Councilman Perry Sylvester said. “Given the percentage by which the statewide referendum (Proposal 18-1) to allow recreational marihuana passed in the previous election Council was convinced that this local proposal, if brought before voters, would also pass. Given that the operation of marihuana businesses within Utica appeared inevitable, Council wanted to take action to limit the number of establishments while crafting rules that would ensure quality providers.”

Another issue councilmen were concerned with was the safety of these establishments and those who live near them.

“At the beginning of 2019, Council voted 6-1 to ban marihuana retailers in the city; I was the lone opposing vote. The tax revenue will be marginal at best, and the security protocols inside these stores will keep people safe,” Councilman Bradley O’Donnell said. “The biggest benefit to Utica citizens is that we can dedicate police resources to other, more pressing issues. People who are low-income or minorities are targeted at four times the rate of people who look like me, so I am proud to help right this historical wrong.”

Once this ordinance goes into effect Feb. 24, business applications will be accepted. Each license will cost $5,000, and will be reviewed by the city clerk for approval.