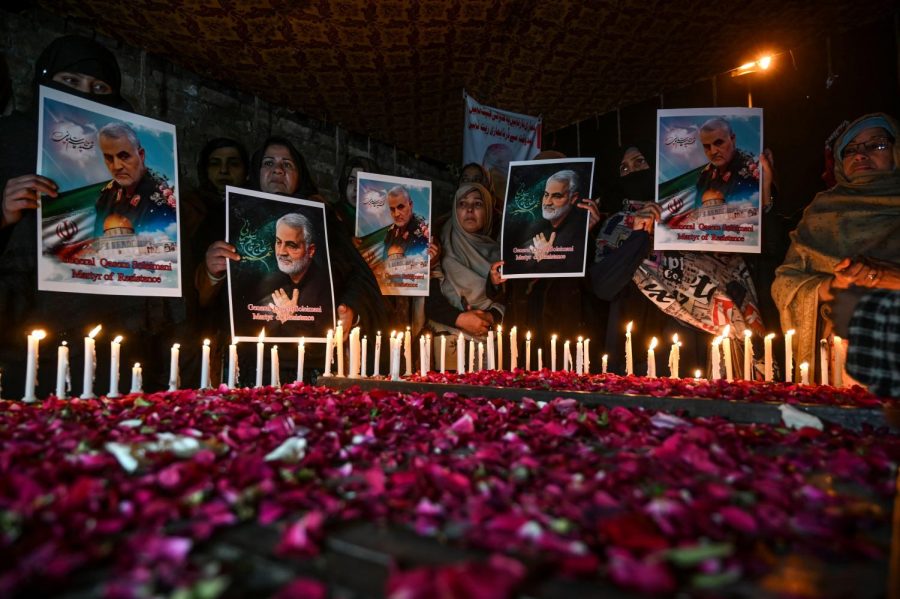 It can be alarming when one logs into Twitter and witnesses that “WWIII” is trending on the third day of the new year. Some of the country is already questioning the possibility war, and taking their questions to social media. The situation started when President Donald Trump ordered a missile strike on the Baghdad International Airport, killing Iranian Major General Qasem Soleimani.

“At the direction of the President, the U.S. military has taken decisive defensive action to protect U.S. personnel abroad by killing Qasem Soleimani, the head of the Islamic Revolutionary Guard Corps-Quds Force, a U.S.-designated Foreign Terrorist Organization. General Soleimani was actively developing plans to attack American diplomats and service members in Iraq and throughout the region. General Soleimani and his Quds Force were responsible for the deaths of hundreds of American and coalition service members and the wounding of thousands more,” the Department of Defense said in a statement regarding the death of Soleimani.” This strike was aimed at deterring future Iranian attack plans. The United States will continue to take all necessary action to protect our people and our interests wherever they are around the world.”

Some students are disputing over the idea of the U.S. military drafting new soldiers for ‘war.’

“A draft, also referred to as conscription is very unlikely to happen. I would never say never, but I think that a draft in the near future is unlikely because we have many young men and women volunteering to serve in the military,” government teacher Jeff Lapratt, who served in the U.S. Marine Corps, said. “I don’t think that there is a need for a draft. We have one of the largest militaries in the world and we spend a lot of money on it, too. Seeing a draft forthcoming anytime soon would be very doubtful.”

Even though there is no physical battle that is taking place, the U.S. is fighting back against Iran with sanctions.

“Instead of fighting, the government has hit Iran with economic sanctions,” Lapratt said. “I think this is more likely the route that the government wants to take because there are still other leaders across the world that are fearful of starting a war.”

At first, the trending topic of a draft and war were enough to freak out junior Olivia Nordin.

I seriously doubt that the United States will wager war with a third world country.”

“Logging onto Twitter was really shocking. I was not expecting anything about missile strikes and seeing war trending. I mean the new year literally just started about a week ago, so I was not expecting tensions to surface this early. There was also little information or clarity from the government, which also kind of freaked me out a bit,” Nordin said. “People were very quick to make fun of the whole situation while I was trying to scout any possible information that I could to become informed. It was a really shocking way to ring in the new year.”

Other students are expressing their feelings about the tensions of a possible World War III through memes and jokes about a possible draft. These memes can be found everywhere from Reddit to Instagram.

“Everything about ‘World War III’ and a draft that I have seen is through memes. People were quick to create them as soon as the incident happened. There are parodies and other kinds of jokes that mock what the country is fearing right now. These memes do not have me worried about this conflict because I seriously doubt that the United States will wager war with a third world country. The memes are more for a laughing purpose than to actually inform the public. The last time a war with a draft has happened was Vietnam, and ever since then, the idea of going into war again has been pretty dormant,” sophomore Aidan Dillon said. “I was never worried about a possibility of going into war because it appears as Iran does not have very many allies, which would not be very smart in their case. Even in the beginning, it was hard to believe that war was a possibility just does not seem like a good move on Iran’s part if they want to start a war.”

Some students, like senior Dominik Liskey, appear unaffected to the conflict with Iran as a whole.

“It wouldn’t matter to me wether there was a draft or not because I am going into the U.S. Army either way. A draft would not change my decision, and I honestly doubt that a world war would break out over this conflict,” Liskey said. “I am not afraid of going into the army during these tensions either because I know what I am signing up for. I understand the seriousness of the tensions, but I also enjoy looking at the jokes that people post and seeing the conspiracies.”

With tensions alleviating, the whole situation has calmed down across social media and within students’ conversations. It is collectively understood by most that there is little-to-no draft possibility and a very slim chance of war.

Contrary to what some people believe, impeachment did not mean Donald Trump would be removed from office. It meant he was tried for alleged crimes against the United States. Just like anyone else, Trump was considered innocent until proven guilty and was entitled to due process.

After Trump asked Ukraine to look into damaging information on one of his political opponents, Joe Biden, and his son, Hunter Biden, the House of Representatives voted to impeach him, claiming he has abused his power.

According to principal Thomas Lietz, many students are ill-informed about the actual meaning of impeachment.

After the House of Representatives is done making its case, the Senate is tasked with reviewing the order and voting on whether or not the president will be removed from office.

“It’s crazy that I’ve now seen two impeachments in my life,” Lietz said. “There’s only been three in the entire history of the United States.”

The Democrats, on one hand, argue that Trump’s attempts to dig up dirt on Biden and his son are evidence of abusive power. They say he should not be allowed to ask a different country to involve itself in United States affairs. The Democrats also claim that Trump was extorting Ukraine and pressuring them in order to get the information he was looking for.

Their evidence included an unnamed whistleblower who claimed to be an intelligence official writing a complaint about Trump’s interaction with the president of Ukraine.

The Republicans, however, claim that Trump did nothing wrong. They state that he was asking for a favor that was unrelated to the United States giving aid to Ukraine. The Republicans say he was just trying to expose the corruption of the Bidens.

The Republicans’ evidence included the fact that the Ukrainian president said he felt no pressure during the phone call. Ukraine was also unaware of any aid being withheld from them.

In the end, President Donald J. Trump was acquitted on both articles of impeachment. In the Senate, every Democrat voted that Trump was guilty. On the Republican side, every senator except for one voted on his innocence for one article, and they all voted not guilty for the other article.

Republican senator Mitt Romney was the outlier of the Republican party. He faced lots of backlash for voting against Trump. In his opinion, Trump was guilty on the first article.

Ultimately, there was not enough votes to convict Trump due to the 67 votes needed to remove him from office. On the abuse of power charge, 52 of the senators voted for his acquittal while 48 voted to remove him. For the obstruction of Congress charge, 53 senators said he was not guilty while 47 said he was guilty.

There was lots of drama occurring between different politicians. For instance, Trump allegedly turned away a handshake from speaker of the House of Representatives Nancy Pelosi; it is unclear if he did so intentionally or if he didn’t see her. Throughout Trump’s State of the Union Address, Pelosi appeared to be visibly uncomfortable and ended up ripping up her copy of the speech once the speech was finished.

Although he was acquitted, President Trump will remain the third president to ever be impeached. The entire impeachment process may change public opinion on politics forever. Some say that the impeachment was a “sham,” while others say Trump should have been removed.

After the impeachment process was done with, Trump was eager to deliver a public statement about “our Country’s VICTORY on the Impeachment Hoax.” He later made tweets taunting the Democrats with his “TRUMP 4EVA” video along with a few others.