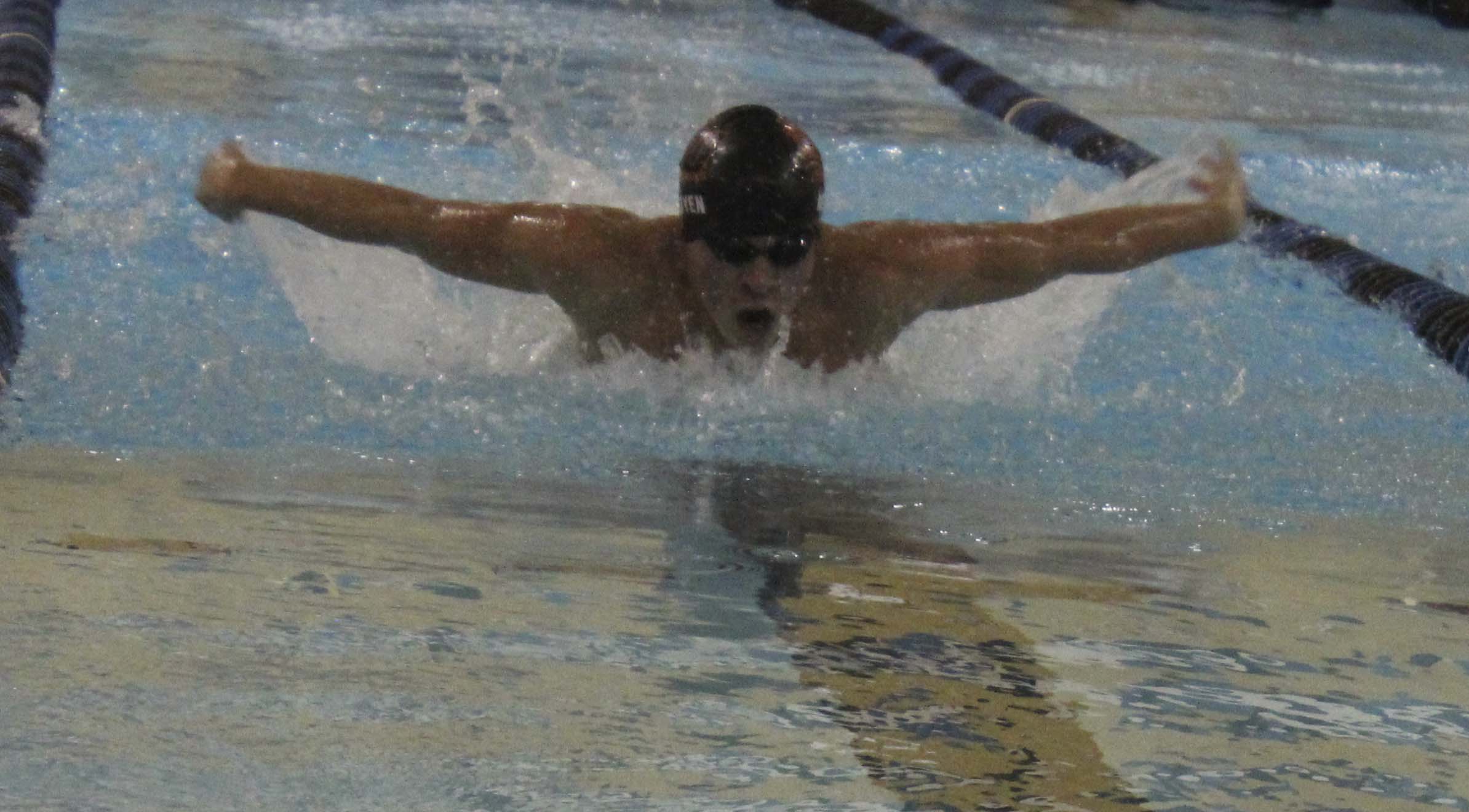 The boys swim team dives into the 2016-2017 season looking to have another great winter in the pool.

“We have a young team,” four-year swimmer and team captain, senior Charlie Fromm, said, “but I am looking forward to swimming with them.”

The team had about 10 boys join the team this year, something that looks promising for the program’s future.

Joe Michol has been the boys swim coach since 2011, and he and his team have their eyes set on a MAC Blue Championship.

“The teams to beat will be St. Clair and Marysville,” Michol said.

Senior Josh Giles, another captain on the team, is expecting to be top three in the county.

“We have a young team,” Giles said, “but if we are determined on our goals, I think we definitely can do it.”

Coach Michol also has some different goals for individual swimmers.

“Along with competing in the county,” Michol said, “I also predict we could have some swimmers break school records.”

If the team won a county championship, it would be huge for the program.

Swimming is a very time-demanding sports, as the team travels to Eisenhower every day to practice, as Utica filled in its pool in 2008, opting for a larger weight room, instead.

If you want a picture to show with your comment, go get a gravatar.