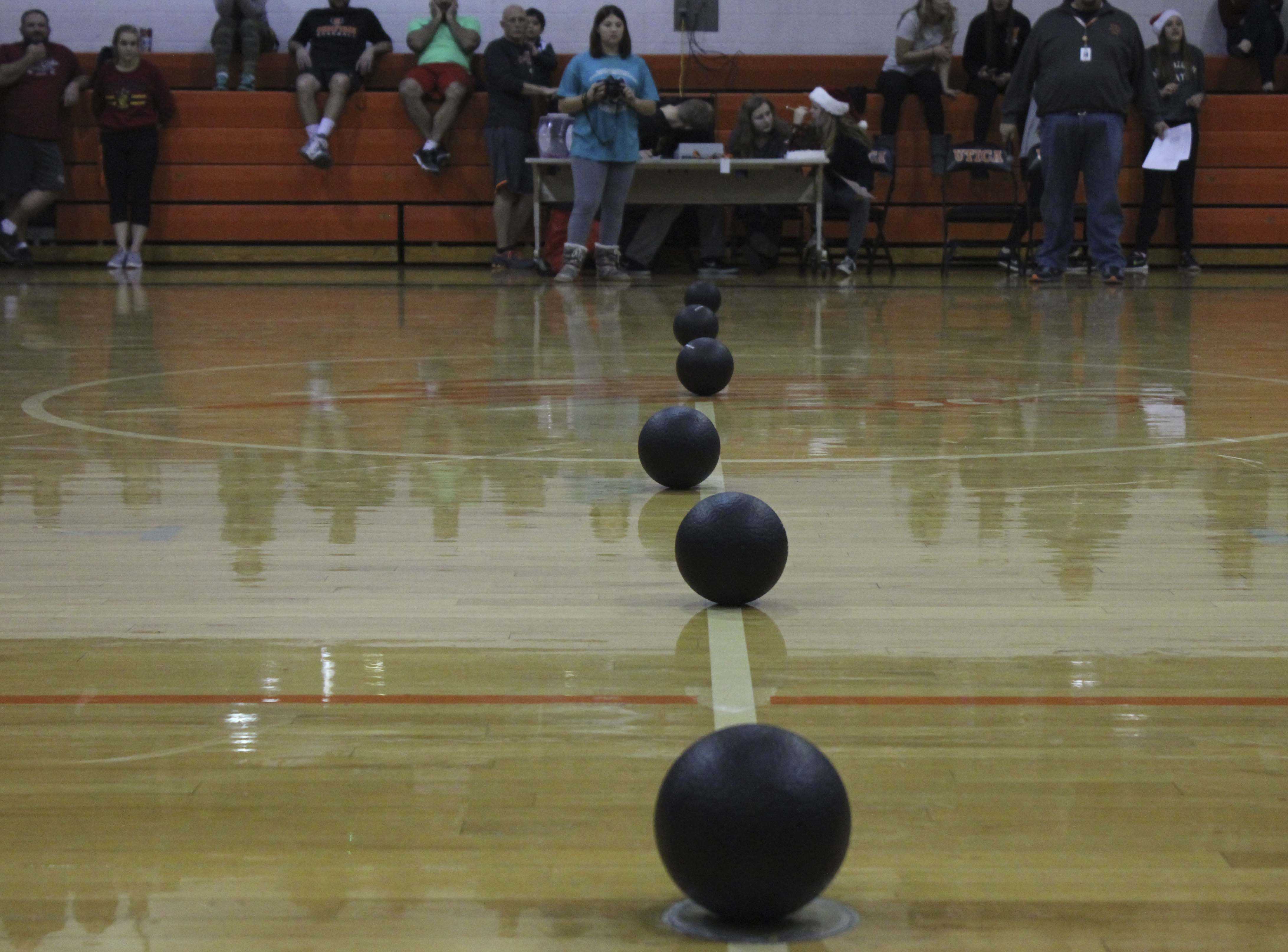 Dodgeball tournament is the perfect start to holiday break

For the past 7 years, it has been a Utica tradition to hold a student and staff dodge ball game to raise money for the Special Olympics on the last day of school before the holiday break.
The Special Olympics is the world’s largest sports organization for adults and children with intellectual disabilities and provides year-round training and competitions to more than 5.3 million athletes worldwide, across more than 170 countries. Organized by the Student Council, tickets were sold for $1 per student and there was a $60 entrance fee for any team wishing to play.

Each team had to have at least one member of the opposite gender participating and were encouraged to wear matching uniforms. This year $1113 was collected to be donated.

There are several games of dodge ball played during tournament taking place 5th and 6th hours, with both student vs. student and student vs. teacher matches. The tournament was organized so that there was a traditional bracket system to organize who was winning and losing as the teams competed against one another. Students who didn’t wish to either compete or be a spectator cheering on the teams were able to go to the cafeteria to do homework during that time as well as various teacher’s classrooms who opted to either watch movies or catch up on other work.

For senior Vita Simmons, participating this year was a choice she was glad about making.

“The last two years I’ve either watched the game or gone to another class to do work, but playing this year was really fun.” As a senior, this tournament was the last she was able to be a part of and choosing to experience it as a player rather than a spectator was new to her. “I took a dodge ball to the face during the game but I’m not too put off by it, I wish I could play in another tournament.” Simmons said.

Both students and teachers alike learned the pain of a ball if they didn’t move fast enough. Junior Ryan Carrier managed to make a target of teacher Mark Moehlig, who was playing for the team made up of teachers.

“In the semi-final with about 20 seconds left, I had a ball in my hand ready to throw,” said Carrier while reenacting the moment. “I saw Moehlig and tried faking him out but ended up throwing it full speed at him, he didn’t duck out of the way and it nailed him in the arm. I felt bad but it was also a little funny.”

Fortunately, no hard feelings came out of Carrier’s shot at Moehlig. “He snuck up behind me and got a decent shot, I’m pretty sure he got himself out of the game for it though.” For the first time in the 7 years the dodge ball game has been held, the team of teachers won the tournament overall.

“Not to mention I got back at Ryan when I saw the look of pure defeat on his face after our team won the game against the students.” Moehlig has been playing on the teachers team every year since the tradition of the dodge ball tournament before break began.  “I think it’s a great way to kick off the holiday break and gives students something to look forward to during the last two hours of the day.” said Moehlig.

If you want a picture to show with your comment, go get a gravatar.