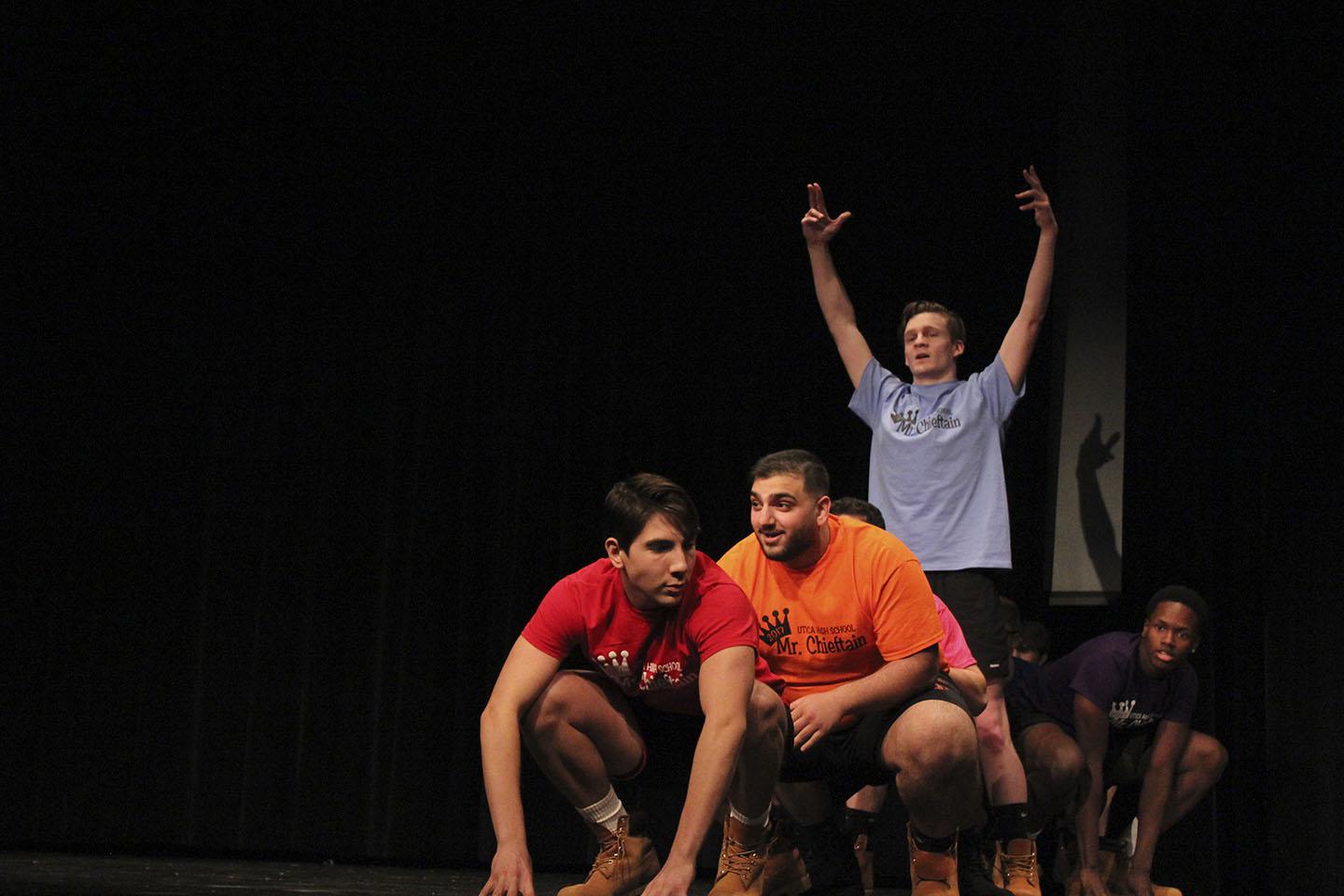 Imagine… you’re anxiously standing backstage as your biggest competition amazes the judges with their talent while you wonder how you will ever top such beauty and grace. This may sound like your average beauty pageant, but at Utica there has been a twist to the classic competition.

On March 23, Student Council hosted its first annual Mr. Chieftain competition. After 7 contestants made it to the final round, they trained with a “coach” before the big night where they performed in front of a panel of judges and the school.

“It’s always hard choosing a winner for something like this because they had all done so well,” Haley said. “It was incredibly entertaining and they all did a great job.”

In order to be crowned Mr. Chieftain, the 7 contestants showed their worthiness by performing a choreographed dance, question-and-answer interview, a talent show, and a trivia round.

The 7 finalists had rehearsals where they learned a choreographed routine from seniors Daisy Lopez and Shelby Davies. The songs they danced to were popular songs from the past few years and some classic throwbacks.

“We wanted to go for something that would have the audience glued and excited,” said Lopez. “It was definitely an unforgettable experience.”

Each coach was there to help prepare their contestant and had large responsibilities. Whether it was helping prepare their talents or teaching them how to walk the walk, the coaches were always helping out.

“The most fun part working with Jordan was brainstorming ideas for the different categories,” sophomore and coach Jillian Jezak said. “I just made sure he always knew what he had to do and what was going on.”

At the end of the night, the competitors lined up on stage and were given their awards. Mr. Charity was awarded to senior Antonios Koja. This award was based on who raised the most money for the Macomb Charitable Foundation through selling t-shirts and donations. Other awards included Mr. Personality which was given to senior Jordan Labarge and Mr. Popular awarded to senior Gjergj Camaj. The title Mr. Chieftain was also awarded to Camaj.

“It’s definitely an honor to win the first ever Mr. Chieftain award,” Camaj said. “I enjoyed all of the improvising and onstage stuff with all of the contestants.”