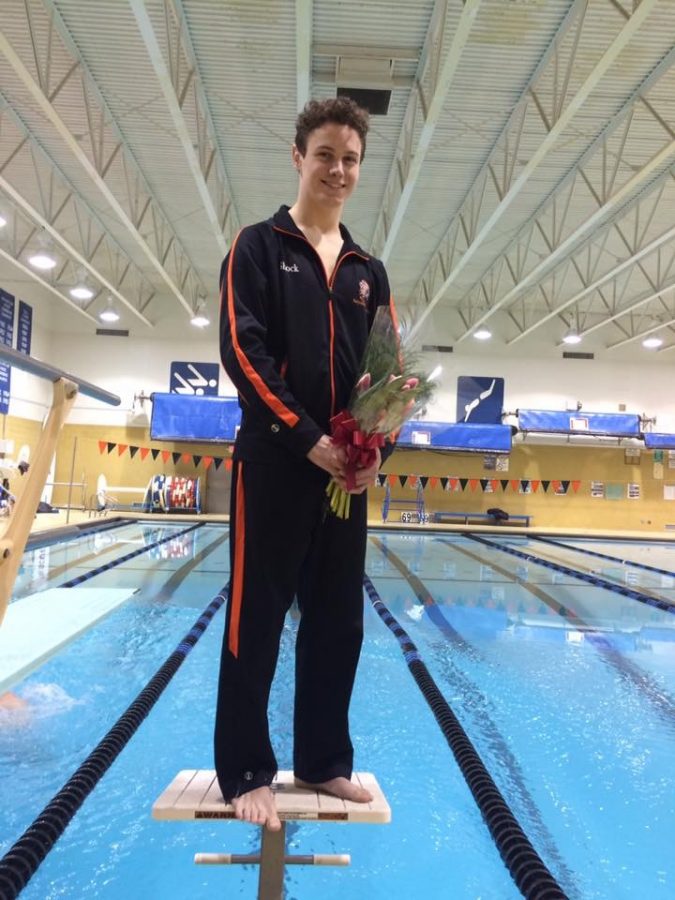 A tradition meant to honor athletes about to graduate, Senior Night is an important night for many; but for senior Kyle Shock, his was made even more special by his own determination.

A captain of the varsity boys swim team and talented swimmer–already on the record board as part of last year’s 200 Freestyle Relay team–Shock was having a great season even before the meet started.

Determined to leave his mark, Shock also broke his first individual record during the Macomb County meet in the 100 Butterfly on Feb. 3.

The day of senior night, Shock was even more driven than usual to achieve his best times in order to commemorate his senior year as well as his father’s birthday, who he cites as one of his biggest supporters.

This drive ultimately led him to break the 200 Individual Medley record, which had been standing for a staggering 31 years, along with the 25-year held 100 Backstroke record.

“My dad has always been the one motivating me in swimming,” Shock said, “and I wanted to make him proud.”

Along with his dad, several other family members attended the meet including his younger sister, freshman Brittany Shock, who is also a swimmer on the girls varsity swim team.

“I am definitely a proud sister,” Brittany said in a social media post highlighting her brother’s total of four records.

“This season I just kept swimming,” Shock said, referencing to what he did to attain his goals in the sport. “But having my family there senior night pushed me to do my best.”

While he doesn’t have any definite plans of breaking more records this year, Shock eagerly awaits the MAC Division meet on the weekend of Feb. 23.